We had previously completed two renovations for our clients’ main home in Atlanta. For this remodel they asked us to update a fish camp, built in the 1920s on Lake Blue Ridge, which they had purchased four years earlier. The property was nicely situated in the mountains on the lake but needed structural improvements and expansion.

Our clients wanted to add a second story to the structure, while maintaining the fish camp’s integrity. This necessitated serious structural improvements, such as a concrete foundation instead of the existing “wood on dirt” foundation. They wished to renovate the Kitchen, update the bath, bring the wiring to code, and winterize the cabin as well.

What made this project unique was that our clients were adamant that these changes be made without the inside of the original structure being greatly disturbed. For instance, they did not want large amounts of the original wood paneling removed.

To comply with these requests, we decided to build over the existing structure and bear the second story on new columns and footings. The new floor system and roof are independent of the existing structure. The Fish Camp’s roof was removed, the second story was built, and a new roof now covers the entire structure. The porches surround three sides of the home with a grilling patio on one side.

The Fish Camp was completely re-wired and new plumbing was installed. The existing bath was renovated, and two new baths were added. Any paneling removed was replaced and all paneling on demo walls was saved and recycled. The original fireplace was kept. The chimney was raised higher.

Handcrafted Homes, Inc. won a 2009 Atlanta CotY Award for Entire House Renovation under $250,000 from the National Association of the Remodeling Industry. 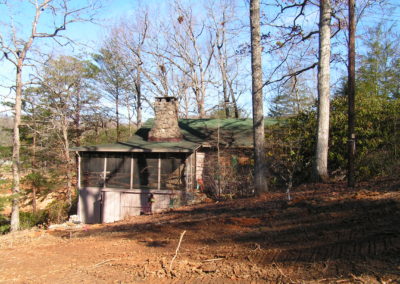 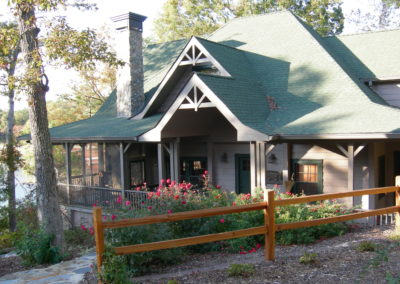 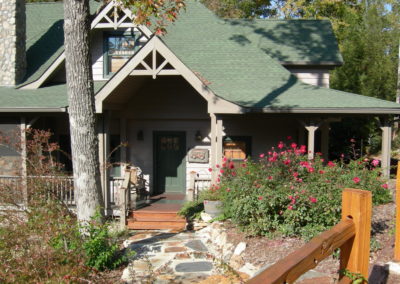 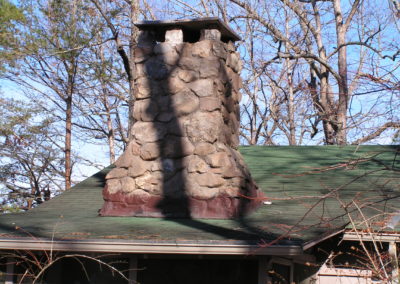 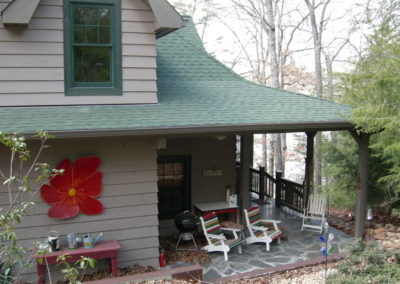 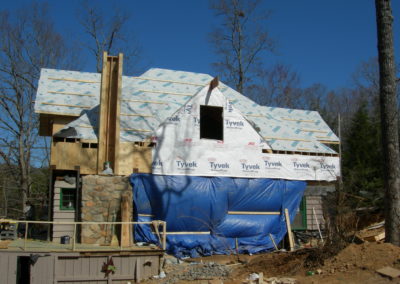 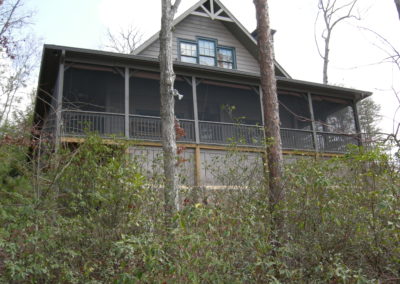 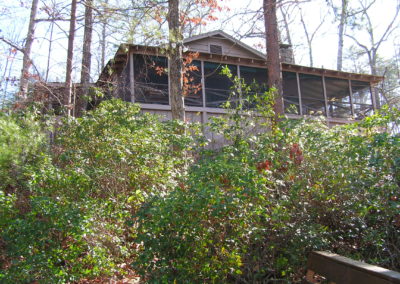 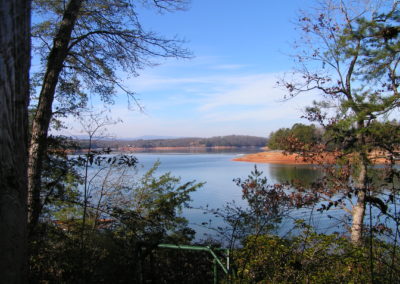